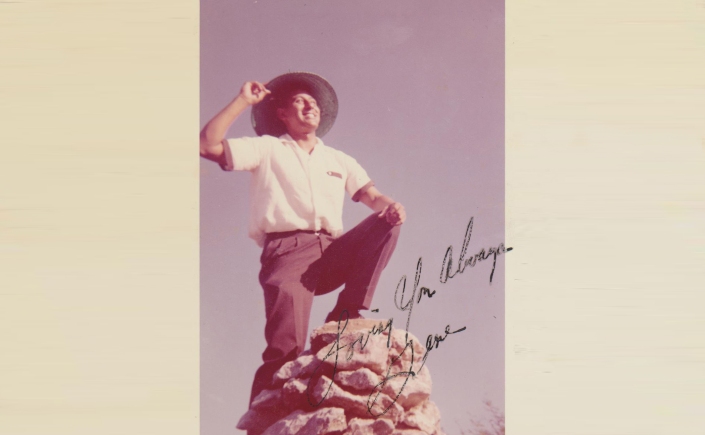 While looking at some of the old pictures in our albums, Anita showed me a picture of her father, Porfirio Barron, on top of a rock pyramid facing to the right. This was taken at the Sunken Garden at Brackenridge Park area around 1920. This was before he got married. Later she came about and showed me a picture of me taken in 1961 after we got married, on top of the same rock pyramid in the sunken garden facing the other way. This was quite a coincidence.

The other coincidence was the fact that while we attended the same church and went to the same religious classes with different order of nuns on different days we never met. We had crossed paths many times. Me attending Navarro Elementary and she attending Immaculate Heart of Mary Catholic Church school which is a block from each other. Also, she attended Mass at 9:00 a.m. I went to the 10:00 a.m. Mass and she sang sang in the choir while I sang in the choir also.

I believe that somehow we were destined for each other. How is it that my first puppy love was a girl’s last named Barron and the one I married was also last named Barron? This was more than a coincidence.

One thought on “Coincidences?”