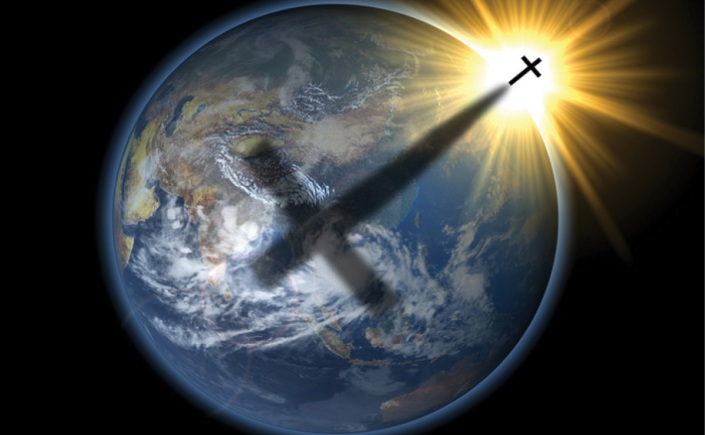 Every Sunday since my going to “Doctrina” in my younger years, I’ve been hearing the story about Jesus Christ, The Messiah. And every meaningful holiday like Easter, Christmas and Thanksgiving, I tend to pray a lot.

I decided to tell the story of Christianity in my own way so people can understand The “Word” from the Bible which I will not quote, but instead call it “the books”.

From the beginning, Christians have always wondered how we got here on this planet, and what they assumed was that God made us in his image. Well, now you can either believe in the story of Genesis in “the book” or the theory of evolution. God-made or monkey or fish from the sea? We still don’t know.

However, God in his way found people who could implant His ideas and messages to His chosen people, the Jews. They were called prophets because they were always prophesying or predicting things to come. Problems was, even they didn’t know what the messages meant or understood when it was to take place. They were called Holy men and very well respected by the Jewish people.

Abraham was one of the first prophets God called upon, and he was the one who was to populate the earth with remnants of his family. They were called God’s Chosen people and were broken up into tribes. After many hundreds of years, Moses was then called to help the people understand what God wanted them to do. They had been enslaved by the Egyptian government for a long time. Moses led the people from Egypt and brought them to a portion of Palestine where they would live for a while. Then, with Gods help, he brought forth the Ten Commandments, a set of rules to follow which taught them how to live.

Each of the twelve tribes followed the law as best they could. But as time went on, they started to be corrupt in their daily living. We learned from the “books” that God started to reach out to everyday people and make them “messengers”. They went out to proclaim the “Word”. So, many years later the messengers had spread the Word throughout the country far and wide so that everybody had knowledge.

In every message there were tidbits of information which foretold the coming of “The Christ”, a messiah, to save the people from oppression under Roman occupation. There were other so called prophets who had claimed themselves as The Messiah but after a while, they failed to deliver. That is one of the reasons there were a lot of disbelievers in the words of the prophets. Fortunately, there was one who foretold the actual birth of the Messiah and that story got a lot of attention.

King Herod, ruler of the Israelis, had his own “advisors” who studied the prophets’ stories and sort of believed in them. But it was not until he met with three men from the East. Whether they were wise or not, we speculate they were because somehow, they got the word about a “new King” who was to be born around that time. They were being guided by a star and were on their way but they stopped to meet King Herod and let him know why they were there. After meeting with him, they decided not to come back this way because they didn’t trust him.

The town of Bethlehem had a lot of visitors this time due to an influx of people coming in to declare their birth record in a census. This was to count how many people there were in order to find out how much tax would be paid from each family.

There were a lot of babies being born in that space of time. However, a baby born under a starry night in a stable with one lone star right overhead was obviously different from the rest. A man named Joseph and his wife Mary had come from Nazareth to be counted and she was in the last stages of labor. It is believed that Angels above sang to glorify this baby who is to become the Messiah. This had been foretold by the prophets long before.

Growing up in the town of Nazareth as an apprenticed carpenter, Jesus, somehow knew about his destiny. Mary, his mother was aware also from the beginning when she was conceived by the Holy Spirit and she knew what Jesus would be going through in his ministry but kept quiet above all.

It would be his cousin, John the Baptist, who had been born a year ahead and was privy to the coming of the Messiah. He became a prophet and was baptizing with water all who believed his story. So when Jesus went to him, he baptized him and so began his ministry.

When Jesus went to the temple to pray, there was a certain segment in the Torah which told about his coming. When he came to it He closed the book and told them all that he was the one who they were waiting for. They threw him out. Understandably, they knew he was a carpenter and didn’t believe him.

There are many stories about his choosing of his men who followed him. However, I say that, after listening to him preach about God and how He was going to form a group of leaders to teach a new way of believing, they all agreed to follow him. They were amazed how Jesus performed miracles and became believers.

Most people in those regions didn’t know how to read or write so they would have to listen to stories in a way that they could relate. They called them “parables”.  Jesus used the parable to make them understand what he wanted them to know. These people became disciples and would spread the word about this new “rabbi”.

Jesus was now some thirty some years old and had gone all over the country preaching when he was brought to the Jewish leaders who charged him with heresy. Jesus did not defend himself. He knew already what was going to happen and he allowed it. Even when he was brought before Pontius Pilate, the governor of that region, he did not deny anything. After Pontius Pilate allowed the Jewish leaders to crucify him, they led him along the street carrying a makeshift wooden cross. Previously he had been flogged with a whip with sharp stones imbedded at the tail end making cuts all over his body. Also, they also made him a crown of thorns which was forcibly push against his skull which made it bleed profusely covering his face with blood. It was said that a woman named Veronica, had pity and had taken a cloth to wipe his face. The cloth received an impression of his bloodied face.

When he reached the hill where he was going to be crucified, they laid him down on top of the wooden beam and nailed his feet to the beam. Afterwards they stretch his arms out and nailed each arm to the beam. They lifted the cross up and placed it into the slotted hole where previous crucifixion was held.

While on the cross Jesus cried to His Father in heaven pleading for the people.

After Jesus died along with two others prisoners who were being punished for their crimes, their legs were broken to make sure they were dead and to make it easy to bring them down. However, Jesus instead was punctured on the side by a lance.

In our Catholic doctrine we are taught that Jesus died on the cross for our sins. We also believe that he arose on the third day. This was the start of Christianity. A new testament of how God gave up his Son for the souls of the living.

There is part of the Mass celebrated by all Catholics where we, in one voice, remember the story of Jesus and what we believe in the “Credo”, in which The Word became flesh.